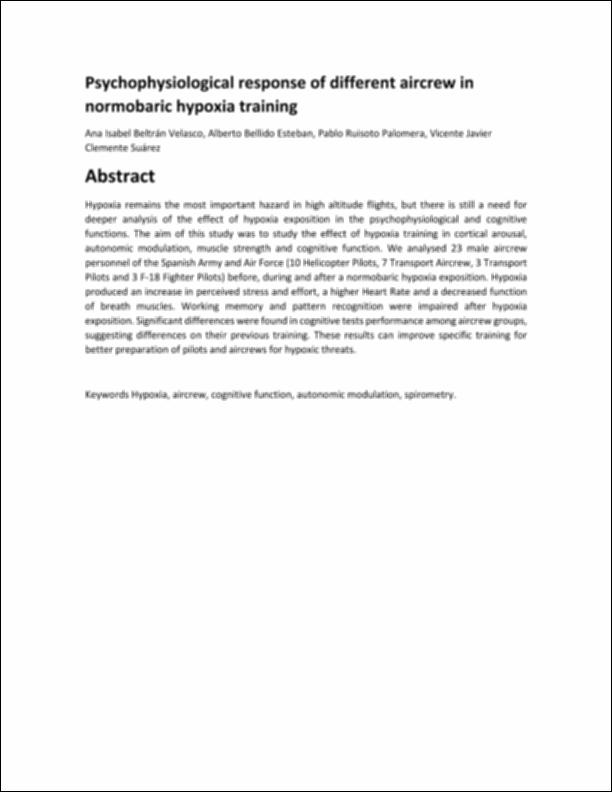 Hypoxia remains the most important hazard in high altitude flights, but there is still a need for deeper analysis of the effect of hypoxia exposition in the psychophysiological and cognitive functions. The aim of this study was to study the effect of hypoxia training in cortical arousal, autonomic modulation, muscle strength and cognitive function. We analysed 23 male aircrew personnel of the Spanish Army and Air Force (10 Helicopter Pilots, 7 Transport Aircrew, 3 Transport Pilots and 3 F-18 Fighter Pilots) before, during and after a normobaric hypoxia exposition. Hypoxia produced an increase in perceived stress and effort, a higher Heart Rate and a decreased function of breath muscles. Working memory and pattern recognition were impaired after hypoxia exposition. Significant differences were found in cognitive tests performance among aircrew groups, suggesting differences on their previous training. These results can improve specific training for better preparation of pilots and aircrews for hypoxic threats.
Collections