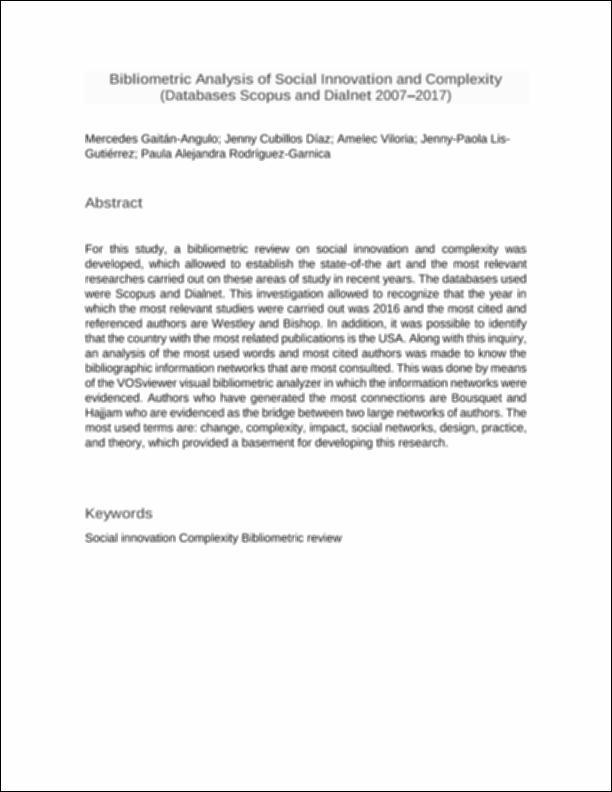 For this study, a bibliometric review on social innovation and complexity was developed, which allowed to establish the state-of-the art and the most relevant researches carried out on these areas of study in recent years. The databases used were Scopus and Dialnet. This investigation allowed to recognize that the year in which the most relevant studies were carried out was 2016 and the most cited and referenced authors are Westley and Bishop. In addition, it was possible to identify that the country with the most related publications is the USA. Along with this inquiry, an analysis of the most used words and most cited authors was made to know the bibliographic information networks that are most consulted. This was done by means of the VOSviewer visual bibliometric analyzer in which the information networks were evidenced. Authors who have generated the most connections are Bousquet and Hajjam who are evidenced as the bridge between two large networks of authors. The most used terms are: change, complexity, impact, social networks, design, practice, and theory, which provided a basement for developing this research.
Collections