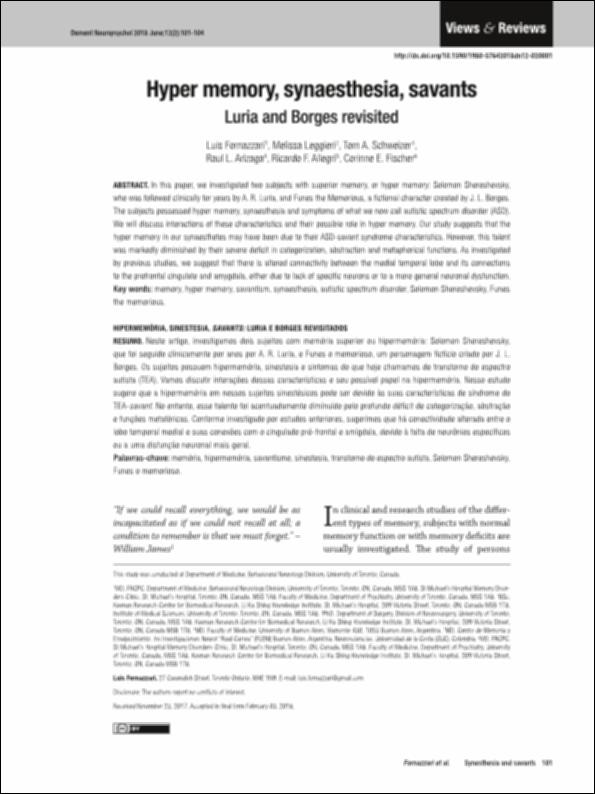 In this paper, we investigated two subjects with superior memory, or hyper memory: Solomon Shereshevsky, who was followed clinically for years by A. R. Luria, and Funes the Memorious, a fictional character created by J. L. Borges. The subjects possessed hyper memory, synaesthesia and symptoms of what we now call autistic spectrum disorder (ASD). We will discuss interactions of these characteristics and their possible role in hyper memory. Our study suggests that the hyper memory in our synaesthetes may have been due to their ASD-savant syndrome characteristics. However, this talent was markedly diminished by their severe deficit in categorization, abstraction and metaphorical functions. As investigated by previous studies, we suggest that there is altered connectivity between the medial temporal lobe and its connections to the prefrontal cingulate and amygdala, either due to lack of specific neurons or to a more general neuronal dysfunction.
Collections