Determinants of the impact factor of publications: A panel model for journals indexed in scopus 2017 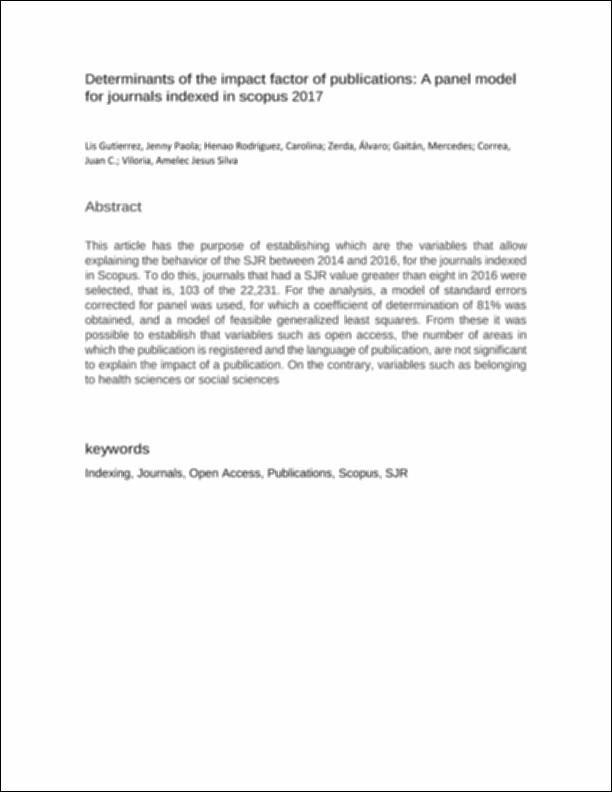 Determinants of the impact factor of publications: A panel model for journals indexed in scopus 2017 (192.8Kb)
Author

This article has the purpose of establishing which are the variables that allow explaining the behavior of the SJR between 2014 and 2016, for the journals indexed in Scopus. To do this, journals that had a SJR value greater than eight in 2016 were selected, that is, 103 of the 22,231. For the analysis, a model of standard errors corrected for panel was used, for which a coefficient of determination of 81% was obtained, and a model of feasible generalized least squares. From these it was possible to establish that variables such as open access, the number of areas in which the publication is registered and the language of publication, are not significant to explain the impact of a publication. On the contrary, variables such as belonging to health sciences or social sciences.
Collections