Cluster of the latin american universities top100 according to webometrics 2017 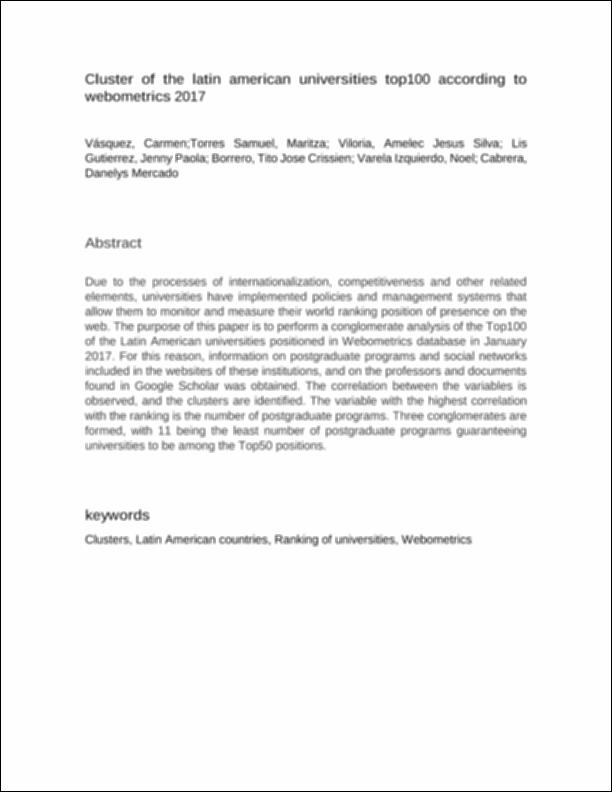 Cluster of the latin american universities top100 according to webometrics 2017 (175.5Kb)
Author

Due to the processes of internationalization, competitiveness and other related elements, universities have implemented policies and management systems that allow them to monitor and measure their world ranking position of presence on the web. The purpose of this paper is to perform a conglomerate analysis of the Top100 of the Latin American universities positioned in Webometrics database in January 2017. For this reason, information on postgraduate programs and social networks included in the websites of these institutions, and on the professors and documents found in Google Scholar was obtained. The correlation between the variables is observed, and the clusters are identified. The variable with the highest correlation with the ranking is the number of postgraduate programs. Three conglomerates are formed, with 11 being the least number of postgraduate programs guaranteeing universities to be among the Top50 positions.
Collections