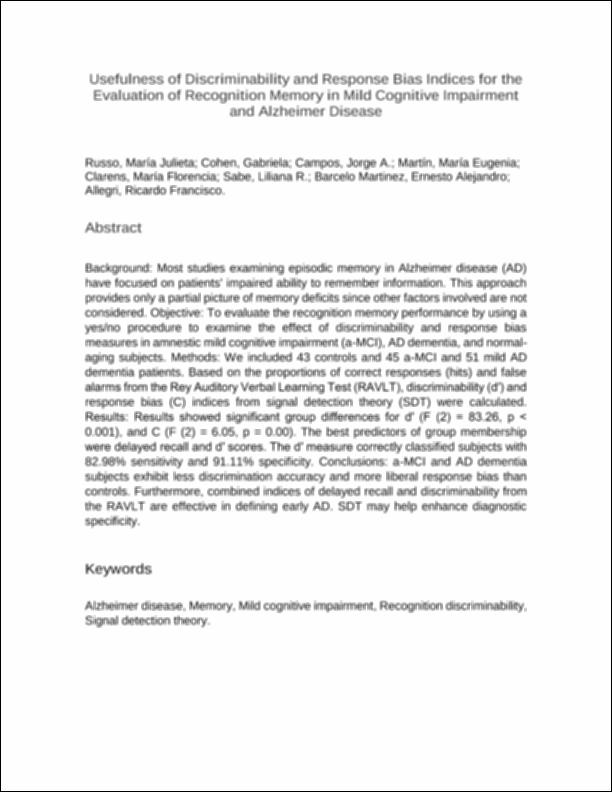 Usefulness of Discriminability and Response Bias Indices for the (278.1Kb)
Author