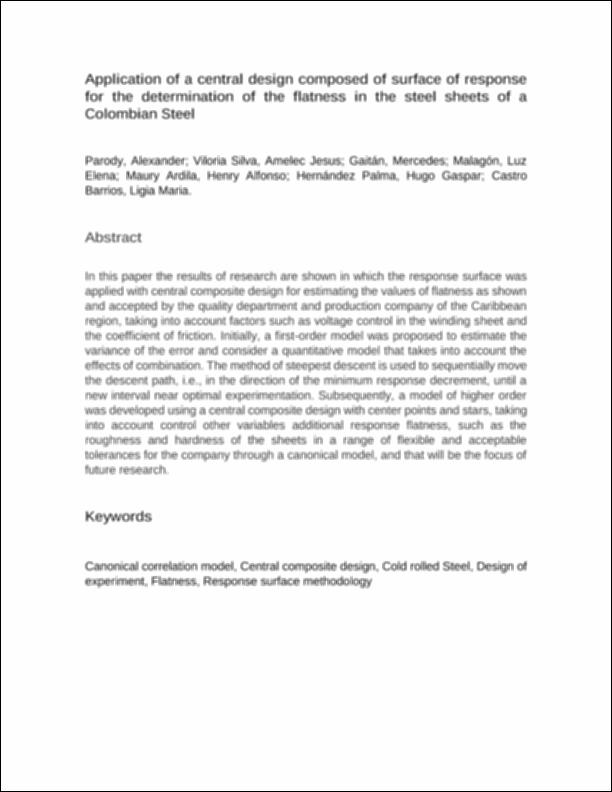 Application of a central design composed of surface of response for the determination of the flatness in the steel sheets of a Colombian steel (175.9Kb)
Author

In this paper the results of research are shown in which the response surface was applied with central composite design for estimating the values of flatness as shown and accepted by the quality department and production company of the Caribbean region, taking into account factors such as voltage control in the winding sheet and the coefficient of friction. Initially, a first-order model was proposed to estimate the variance of the error and consider a quantitative model that takes into account the effects of combination. The method of steepest descent is used to sequentially move the descent path, i.e., in the direction of the minimum response decrement, until a new interval near optimal experimentation. Subsequently, a model of higher order was developed using a central composite design with center points and stars, taking into account control other variables additional response flatness, such as the roughness and hardness of the sheets in a range of flexible and acceptable tolerances for the company through a canonical model, and that will be the focus of future research.
Collections