On property (Saw) and others spectral properties type Weyl-Browder theorems 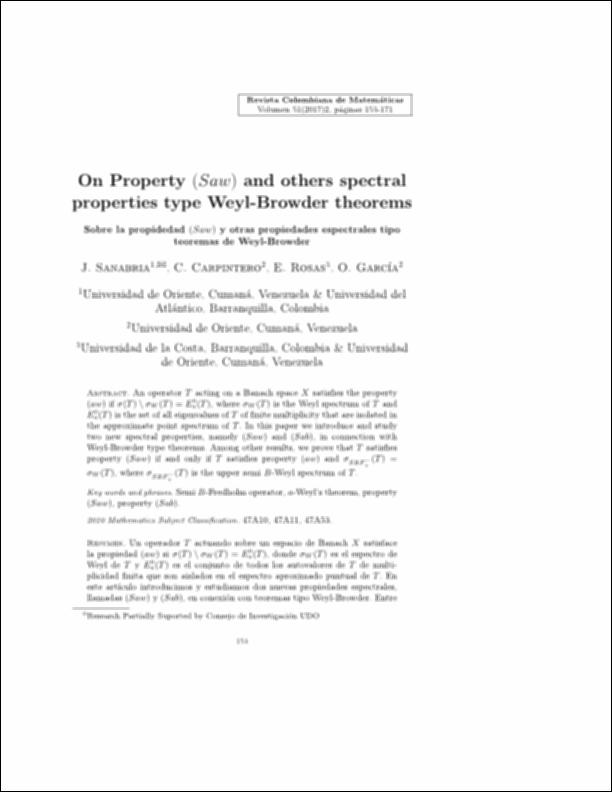 An operator T acting on a Banach space X satisfies the property (aw) if σ(T) \ σw(T) = Ea(T), where σw(T) is the Weyl spectrum of T and Eo a(T) is the set of all eigenvalues of T of finite multiplicity that are isolated in the approximate point spectrum of T. In this paper we introduce and study two new spectral properties, namely (Saw) and (Sab), in connection with Weyl-Browder type theorems. Among other results, we prove that T satisfies property (Saw) if and only if T satisfies property (aw) and σSBF-+(T) = σw(T), where σSBF-+ (T) is the upper semi B-Weyl spectrum of T.
Collections