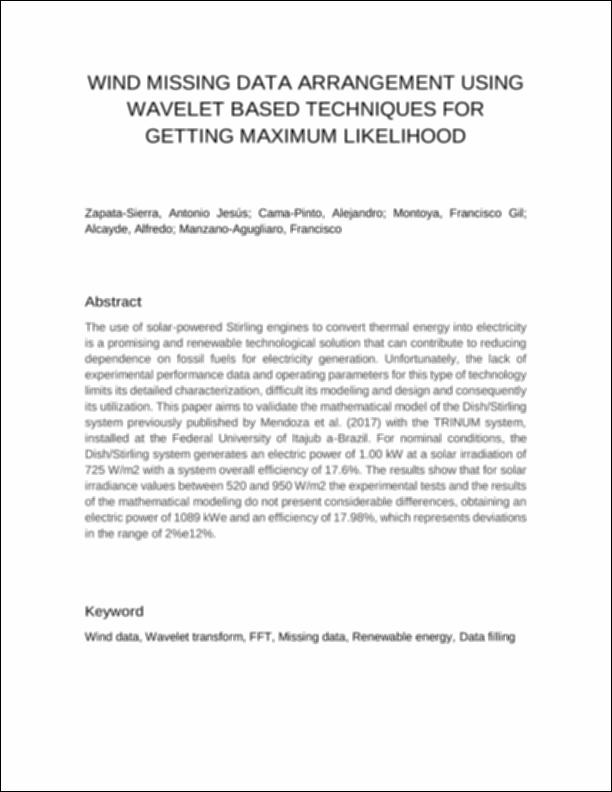 Long time series of wind data can have data gaps that may lead to errors in the subsequent analyses of the time series. This study proposes using the wavelet transform as a system to verify that a data completion technique is correct and that the data series behaves correctly, enabling the user to infer the expected results. Wind speed data from three weather stations located in southern Europe were used to test the proposed method. The series consist of data measured every 10 min for 11 years. Various techniques are used to complete the data of one of the series; the wavelet transform is used as the control method, and its scalogram is used to visualize it. If the representation in the scalogram has zero magnitude, it shows the absence of data, so that if the data are properly filled in, then they have similar magnitudes to the rest of the series. The proposed method has shown that in case of data series inconsistencies, the wavelet transform can identify the lack of accuracy of the natural periodicity of these data. This result can be visually checked using the WT’s scalogram. Additionally, the scalograms provide valuable information on the variables studied, e.g. periods of higher wind speed. In summary, the wavelet transform has proven to be an excellent analysis tool that reveals the seasonal pattern of wind speed in periodograms at various scales.
Collections

Except where otherwise noted, this item's license is described as http://creativecommons.org/licenses/by-nc-sa/4.0/