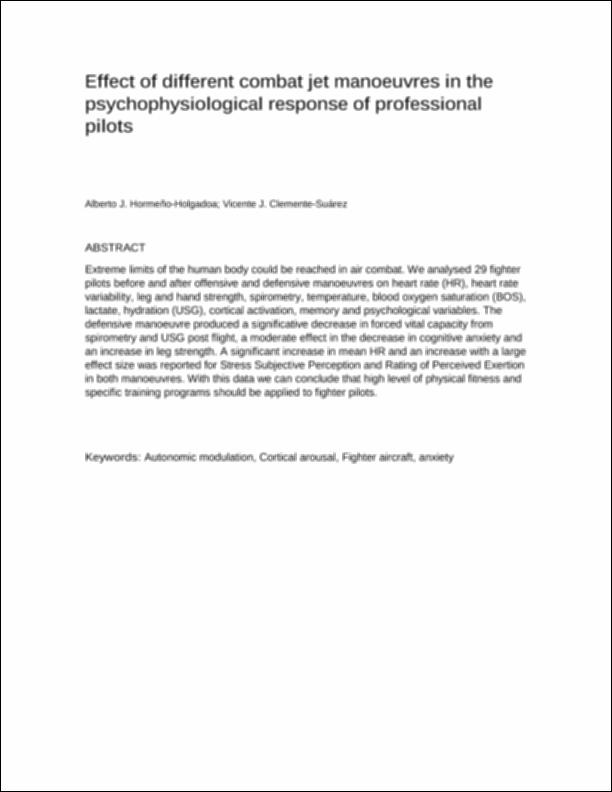 Extreme limits of the human body could be reached in air combat. We analysed 29 fighter pilots before and after offensive and defensive manoeuvres on heart rate (HR), heart rate variability, leg and hand strength, spirometry, temperature, blood oxygen saturation (BOS), lactate, hydration (USG), cortical activation, memory and psychological variables. The defensive manoeuvre produced a significative decrease in forced vital capacity from spirometry and USG post flight, a moderate effect in the decrease in cognitive anxiety and an increase in leg strength. A significant increase in mean HR and an increase with a large effect size was reported for Stress Subjective Perception and Rating of Perceived Exertion in both manoeuvres. With this data we can conclude that high level of physical fitness and specific training programs should be applied to fighter pilots.
Collections