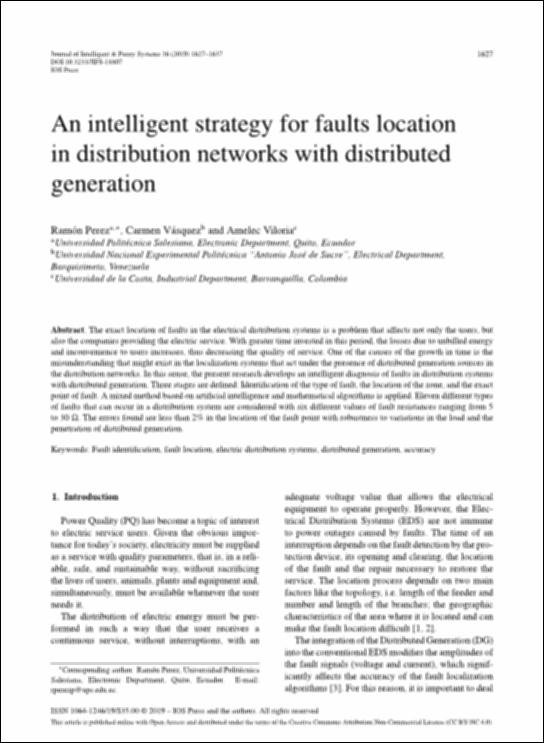 The exact location of faults in the electrical distribution systems is a problem that affects not only the users, but also the companies providing the electric service. With greater time invested in this period, the losses due to unbilled energy and inconvenience to users increases, thus decreasing the quality of service. One of the causes of the growth in time is the misunderstanding that might exist in the localization systems that act under the presence of distributed generation sources in the distribution networks. In this sense, the present research develops an intelligent diagnosis of faults in distribution systems with distributed generation. Three stages are defined: Identification of the type of fault, the location of the zone, and the exact point of fault. A mixed method based on artificial intelligence and mathematical algorithms is applied. Eleven different types of faults that can occur in a distribution system are considered with six different values of fault resistances ranging from 5 to 30 . The errors found are less than 2% in the location of the fault point with robustness to variations in the load and the penetration of distributed generation.
Collections

Except where otherwise noted, this item's license is described as info:eu-repo/semantics/restrictedAccess