Simplified evaluation of energetic complementarity based on monthly average data 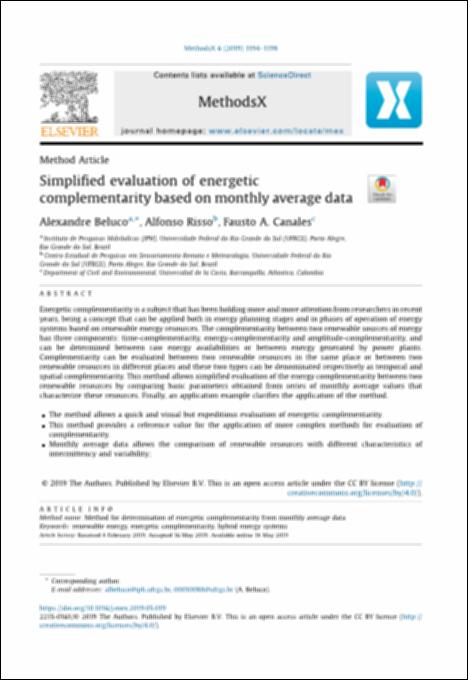