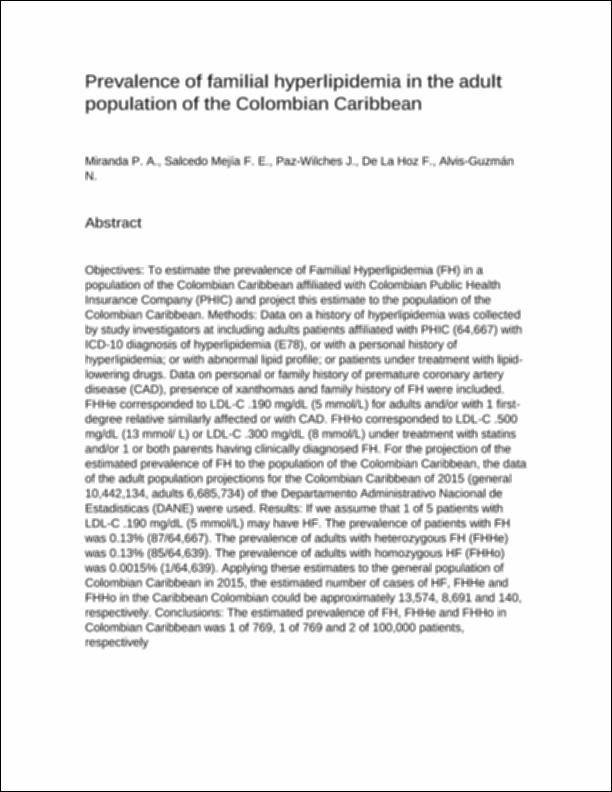 Prevalence of familial hyperlipidemia in the adult population of the Colombian Caribbean.pdf (6.908Kb)
Author