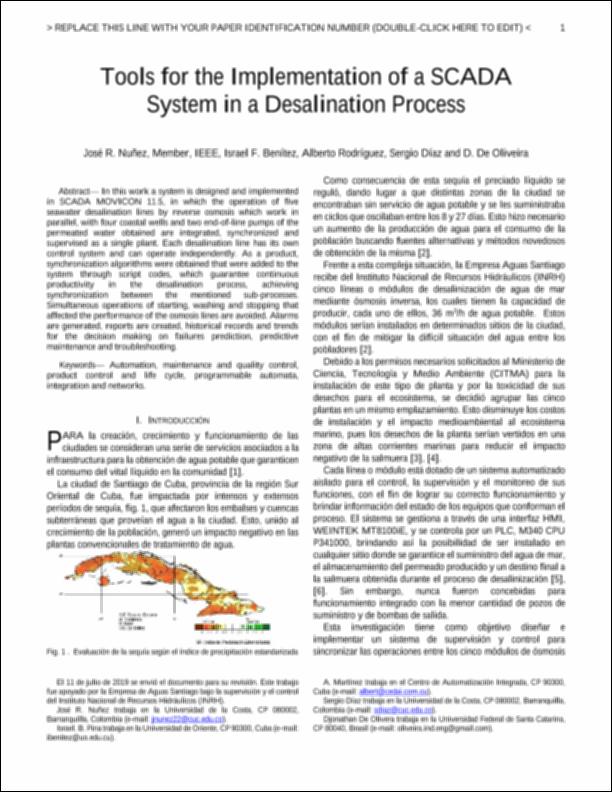 Tools for the Implementation of a SCADA System in a Desalination Process.pdf (1.291Mb)
Author

In this work a system is designed and implemented in SCADA MOVICON 11.5, in which the operation of five seawater desalination lines by reverse osmosis which work in parallel, with four coastal wells and two end-of-line pumps of the permeated water obtainedare integrated, synchronized and supervised as a single plant. Each desalination line has its own control system and can operate independently. As a product, synchronization algorithms were obtained that were added to the system through script codes, which guarantee continuous productivity in the desalination process, achieving synchronization between the mentioned sub-processes. Simultaneous operations of starting, washing and stopping that affected the performance of the osmosis lines are avoided. Alarmsare generated, reports are created, historical records and trends for the decision making on failures prediction, predictive maintenance and troubleshooting.
Collections