Energy planning implementation in hotels. Case study in a hotel in the city of Barranquilla - Colombia

This article presents the results of energy planning in a hotel in the city of Barranquilla, Colombia, according to ISO 500001 standard methodology. The energy performance of the hotel was assessed, a low capacity for energy management was found and the main electricity consumers were identified and several energy-saving measures associated to bedrooms management and air conditioner operation were proposed and implemented reaching a 19,3 % of energy-saving. Also, a methodology to energy planning in hotels also was proposed and validated 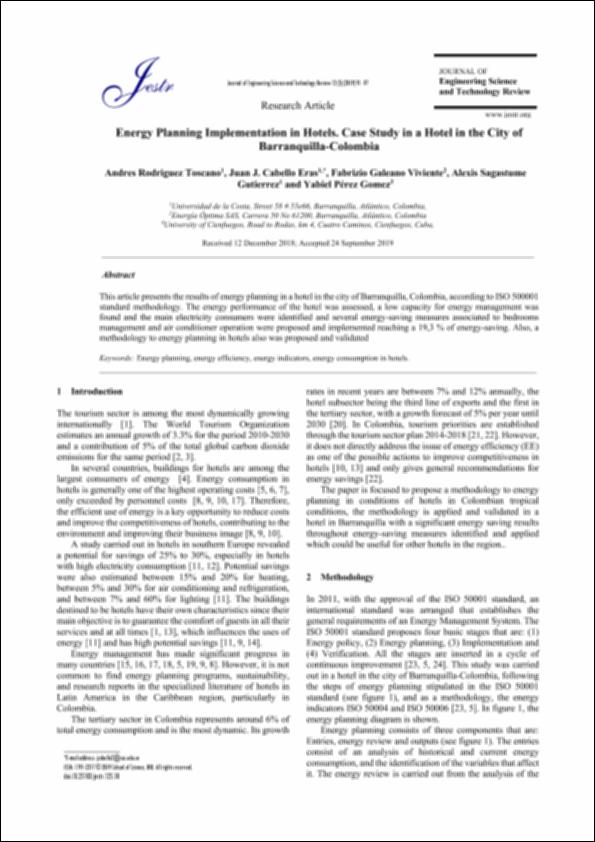