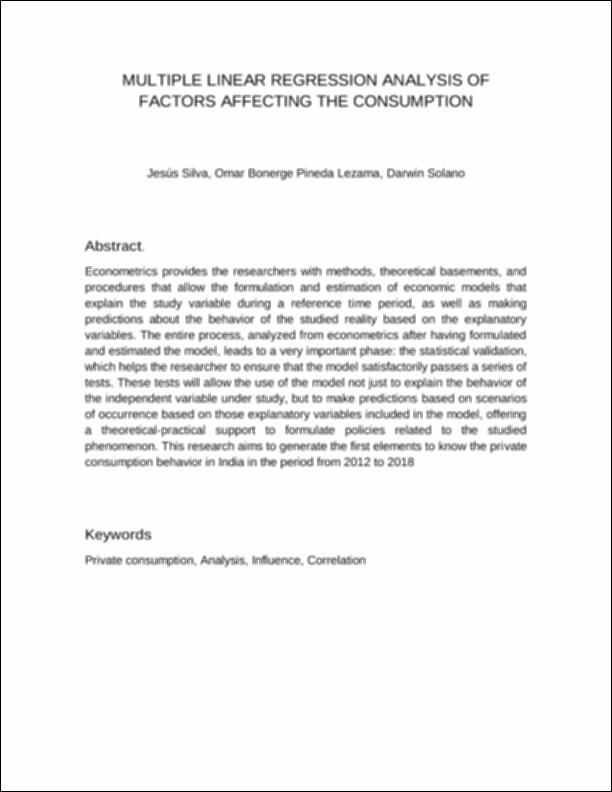 Econometrics provides the researchers with methods, theoretical basements, and procedures that allow the formulation and estimation of economic models that explain the study variable during a reference time period, as well as making predictions about the behavior of the studied reality based on the explanatory variables. The entire process, analyzed from econometrics after having formulated and estimated the model, leads to a very important phase: the statistical validation, which helps the researcher to ensure that the model satisfactorily passes a series of tests. These tests will allow the use of the model not just to explain the behavior of the independent variable under study, but to make predictions based on scenarios of occurrence based on those explanatory variables included in the model, offering a theoretical-practical support to formulate policies related to the studied phenomenon. This research aims to generate the first elements to know the private consumption behavior in India in the period from 2012 to 2018
Collections

Except where otherwise noted, this item's license is described as info:eu-repo/semantics/closedAccess