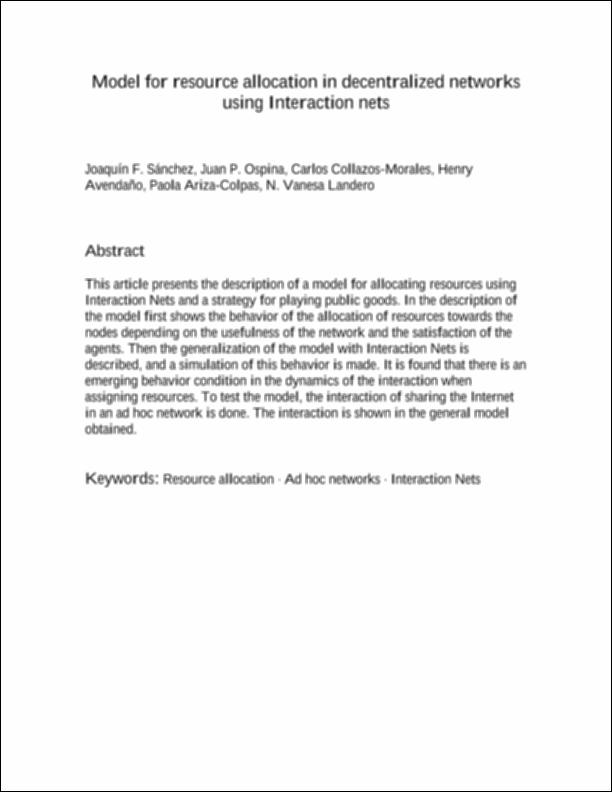 This article presents the description of a model for allocating resources using Interaction Nets and a strategy for playing public goods. In the description of the model first shows the behavior of the allocation of resources towards the nodes depending on the usefulness of the network and the satisfaction of the agents. Then the generalization of the model with Interaction Nets is described, and a simulation of this behavior is made. It is found that there is an emerging behavior condition in the dynamics of the interaction when assigning resources. To test the model, the interaction of sharing the Internet in an ad hoc network is done. The interaction is shown in the general model obtained.
Collections