Autonomic and cortical response of soldiers in different combat scenarios 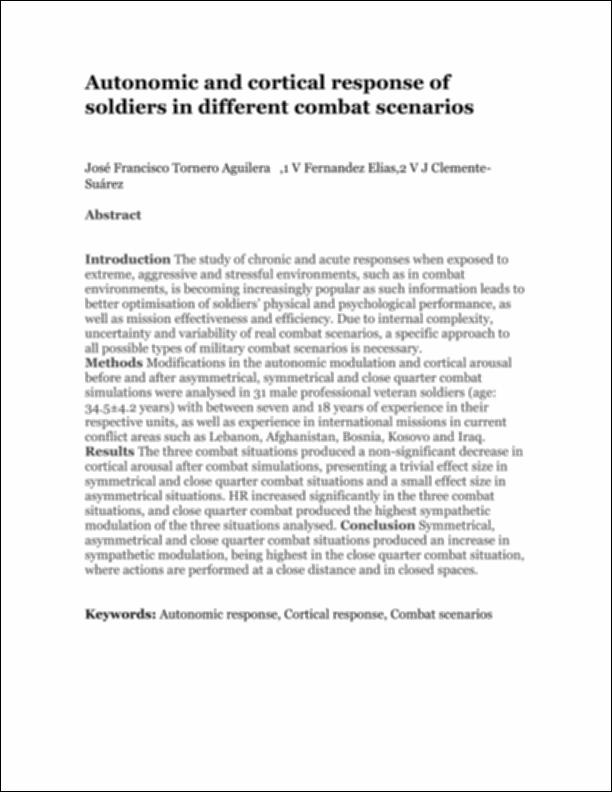