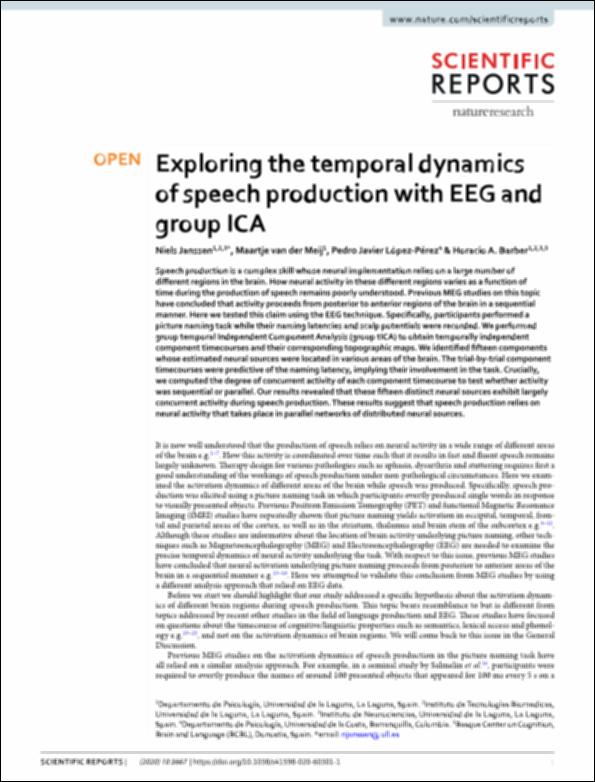 Speech production is a complex skill whose neural implementation relies on a large number of different regions in the brain. How neural activity in these different regions varies as a function of time during the production of speech remains poorly understood. Previous MEG studies on this topic have concluded that activity proceeds from posterior to anterior regions of the brain in a sequential manner. Here we tested this claim using the EEG technique. Specifically, participants performed a picture naming task while their naming latencies and scalp potentials were recorded. We performed group temporal Independent Component Analysis (group tICA) to obtain temporally independent component timecourses and their corresponding topographic maps. We identified fifteen components whose estimated neural sources were located in various areas of the brain. The trial-by-trial component timecourses were predictive of the naming latency, implying their involvement in the task. Crucially, we computed the degree of concurrent activity of each component timecourse to test whether activity was sequential or parallel. Our results revealed that these fifteen distinct neural sources exhibit largely concurrent activity during speech production. These results suggest that speech production relies on neural activity that takes place in parallel networks of distributed neural sources.
Collections