Optimising models for prediction of tropospheric scintillation on satellite links 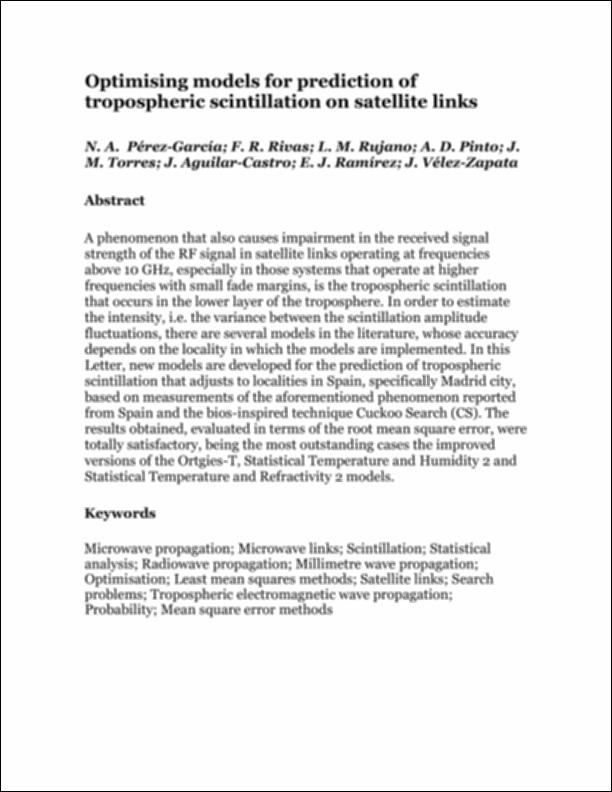 A phenomenon that also causes impairment in the received signal strength of the RF signal in satellite links operating at frequencies above 10 GHz, especially in those systems that operate at higher frequencies with small fade margins, is the tropospheric scintillation that occurs in the lower layer of the troposphere. In order to estimate the intensity, i.e. the variance between the scintillation amplitude fluctuations, there are several models in the literature, whose accuracy depends on the locality in which the models are implemented. In this Letter, new models are developed for the prediction of tropospheric scintillation that adjusts to localities in Spain, specifically Madrid city, based on measurements of the aforementioned phenomenon reported from Spain and the bios-inspired technique Cuckoo Search (CS). The results obtained, evaluated in terms of the root mean square error, were totally satisfactory, being the most outstanding cases the improved versions of the Ortgies-T, Statistical Temperature and Humidity 2 and Statistical Temperature and Refractivity 2 models.
Collections