Assessing the biofuel – transport nexus. The case of the sugar industry in cuba 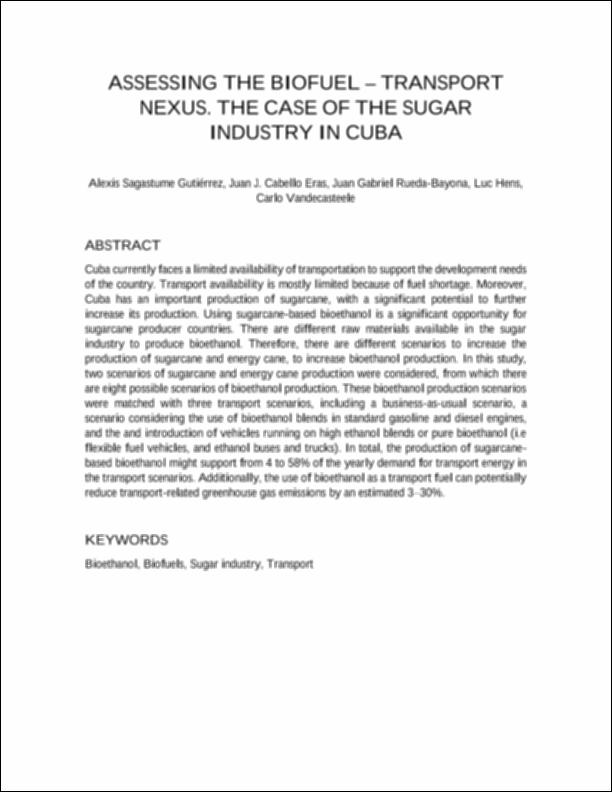