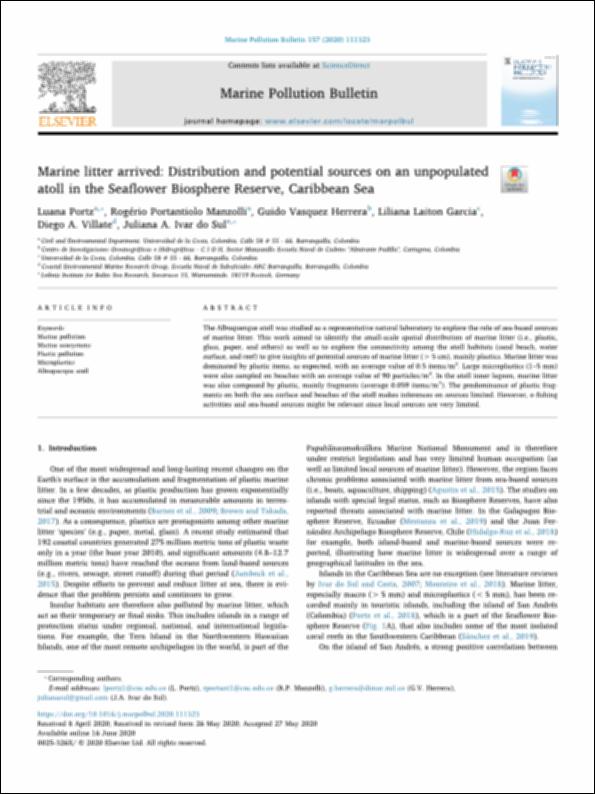 The Albuquerque atoll was studied as a representative natural laboratory to explore the role of sea-based sources of marine litter. This work aimed to identify the small-scale spatial distribution of marine litter (i.e., plastic, glass, paper, and others) as well as to explore the connectivity among the atoll habitats (sand beach, water surface, and reef) to give insights of potential sources of marine litter (>5 cm), mainly plastics. Marine litter was dominated by plastic items, as expected, with an average value of 0.5 items/m2. Large microplastics (1–5 mm) were also sampled on beaches with an average value of 90 particles/m2. In the atoll inner lagoon, marine litter was also composed by plastic, mainly fragments (average 0.059 items/m3). The predominance of plastic fragments on both the sea surface and beaches of the atoll makes inferences on sources limited. However, o fishing activities and sea-based sources might be relevant since local sources are very limited.
Collections