Demilitarized network to secure the data stored in industrial networks

Currently, the data and variables of a control system are the most important elements to be safeguarded in an industrial network, so it is vitally important to ensure their safety. This paper presents the design and simulation of a demilitarized network (DMZ) using firewalls to control access to all the information that is stored in the servers of the industrial network of the Hermanos Díaz Refinery in Santiago de Cuba, Cuba. In addition, the characteristics, configurations, methods, and rules of DMZs and firewalls are shown, select the configuration with three multi-legged firewalls as the most appropriate for our application, since it allows efficient exchange of data guaranteeing security and avoiding the violation of the control system. Finally, the simulation of the proposed network is carried out. 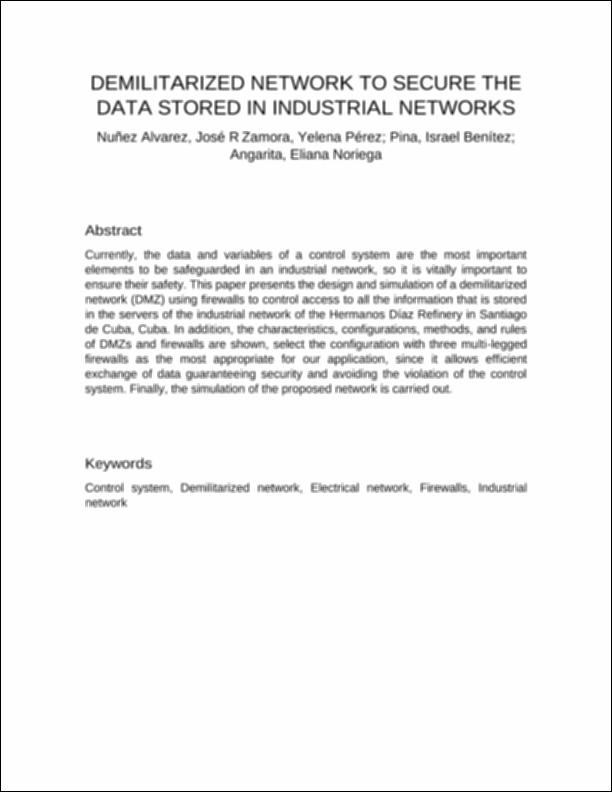