An explanatory model of sexual satisfaction in adults with a same-sex partner: an analysis based on gender differences 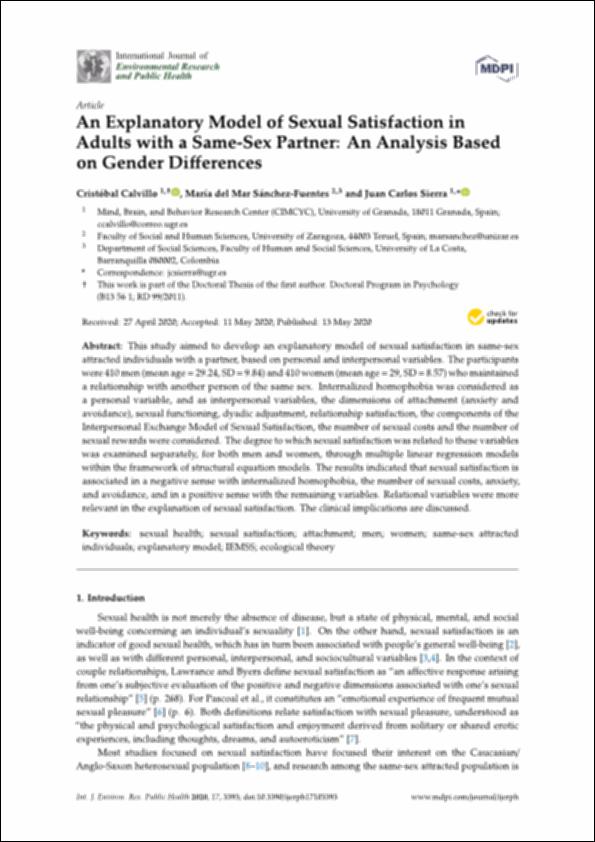 This study aimed to develop an explanatory model of sexual satisfaction in same-sex attracted individuals with a partner, based on personal and interpersonal variables. The participants were 410 men (mean age = 29.24, SD = 9.84) and 410 women (mean age = 29, SD = 8.57) who maintained a relationship with another person of the same sex. Internalized homophobia was considered as a personal variable, and as interpersonal variables, the dimensions of attachment (anxiety and avoidance), sexual functioning, dyadic adjustment, relationship satisfaction, the components of the Interpersonal Exchange Model of Sexual Satisfaction, the number of sexual costs and the number of sexual rewards were considered. The degree to which sexual satisfaction was related to these variables was examined separately, for both men and women, through multiple linear regression models within the framework of structural equation models. The results indicated that sexual satisfaction is associated in a negative sense with internalized homophobia, the number of sexual costs, anxiety, and avoidance, and in a positive sense with the remaining variables. Relational variables were more relevant in the explanation of sexual satisfaction. The clinical implications are discussed.
Collections