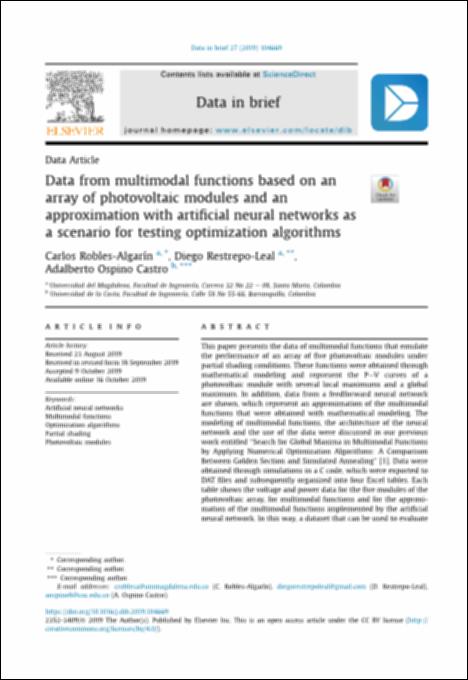 Data from multimodal functions based on an array of photovoltaic modules and an approximation with artificial neural networks as a scenario for testing optimization algorithms.pdf (708.4Kb)
Author