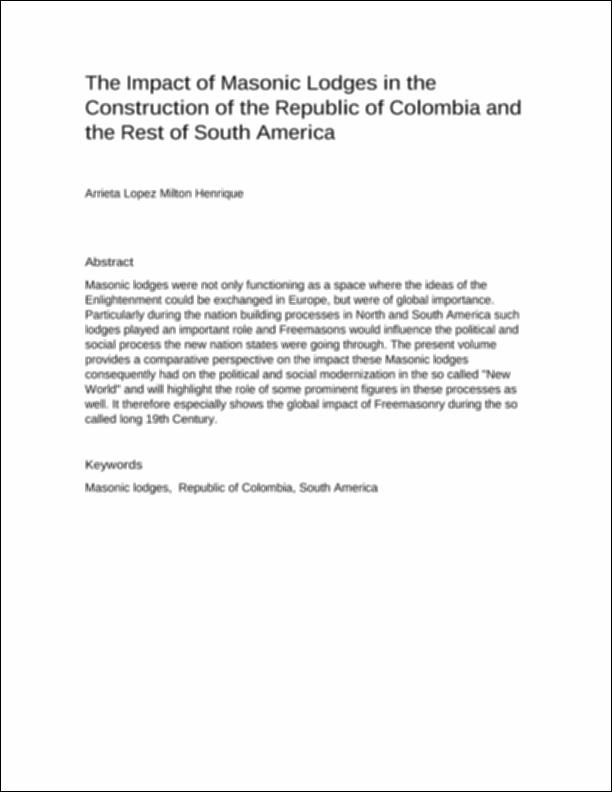 The Impact of Masonic Lodges in the Construction of the Republic of Colombia and the Rest of South America.pdf (98.64Kb)
Author

Masonic lodges were not only functioning as a space where the ideas of the Enlightenment could be exchanged in Europe, but were of global importance. Particularly during the nation building processes in North and South Ame¬rica such lodges played an important role and Freemasons would influence the political and social process the new nation states were going through. The present volume provides a comparative perspective on the impact these Masonic lodges consequently had on the political and social modernization in the so called "New World" and will highlight the role of some prominent figures in these processes as well. It therefore especially shows the global impact of Freemasonry during the so called long 19th Century.
Collections