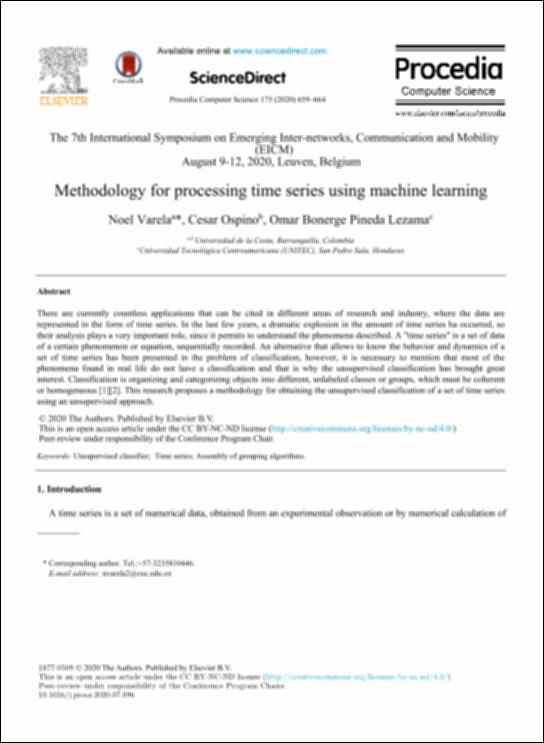 There are currently countless applications that can be cited in different areas of research and industry, where the data are represented in the form of time series. In the last few years, a dramatic explosion in the amount of time series ha occurred, so their analysis plays a very important role, since it permits to understand the phenomena described. A "time series" is a set of data of a certain phenomenon or equation, sequentially recorded. An alternative that allows to know the behavior and dynamics of a set of time series has been presented in the problem of classification, however, it is necessary to mention that most of the phenomena found in real life do not have a classification and that is why the unsupervised classification has brought great interest. Classification is organizing and categorizing objects into different, unlabeled classes or groups, which must be coherent or homogeneous [1][2]. This research proposes a methodology for obtaining the unsupervised classification of a set of time series using an unsupervised approach.
Collections