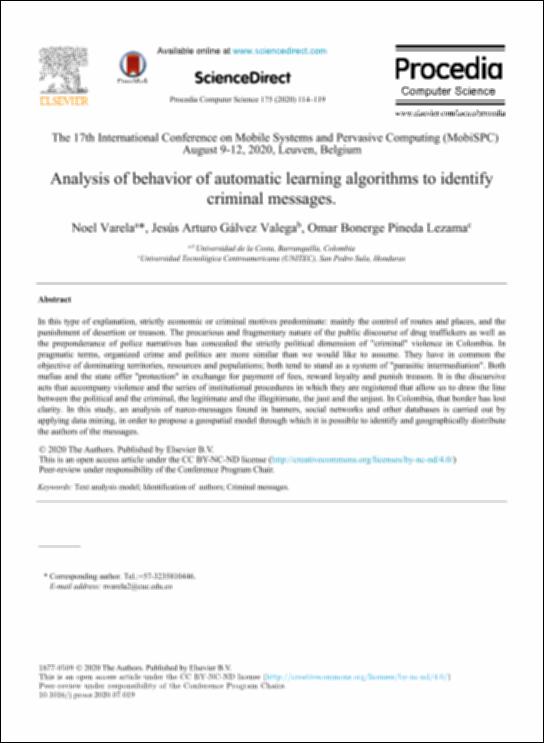 In this type of explanation, strictly economic or criminal motives predominate: mainly the control of routes and places, and the punishment of desertion or treason. The precarious and fragmentary nature of the public discourse of drug traffickers as well as the preponderance of police narratives has concealed the strictly political dimension of "criminal" violence in Colombia. In pragmatic terms, organized crime and politics are more similar than we would like to assume. They have in common the objective of dominating territories, resources and populations; both tend to stand as a system of "parasitic intermediation". Both mafias and the state offer "protection" in exchange for payment of fees, reward loyalty and punish treason. It is the discursive acts that accompany violence and the series of institutional procedures in which they are registered that allow us to draw the line between the political and the criminal, the legitimate and the illegitimate, the just and the unjust. In Colombia, that border has lost clarity. In this study, an analysis of narco-messages found in banners, social networks and other databases is carried out by applying data mining, in order to propose a geospatial model through which it is possible to identify and geographically distribute the authors of the messages.
Collections