Acquired surface dysgraphia and dyslexia in the semantic variant of primary progressive aphasia: a single-case study in Spanish 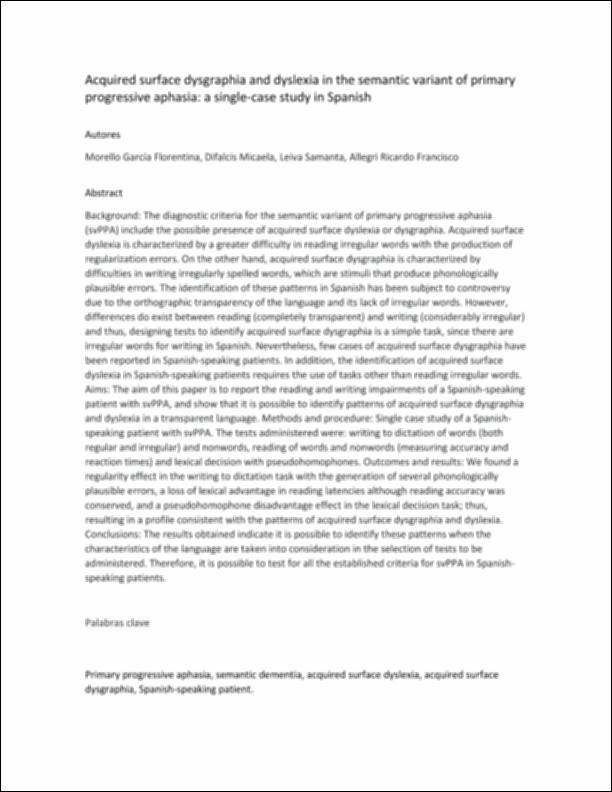