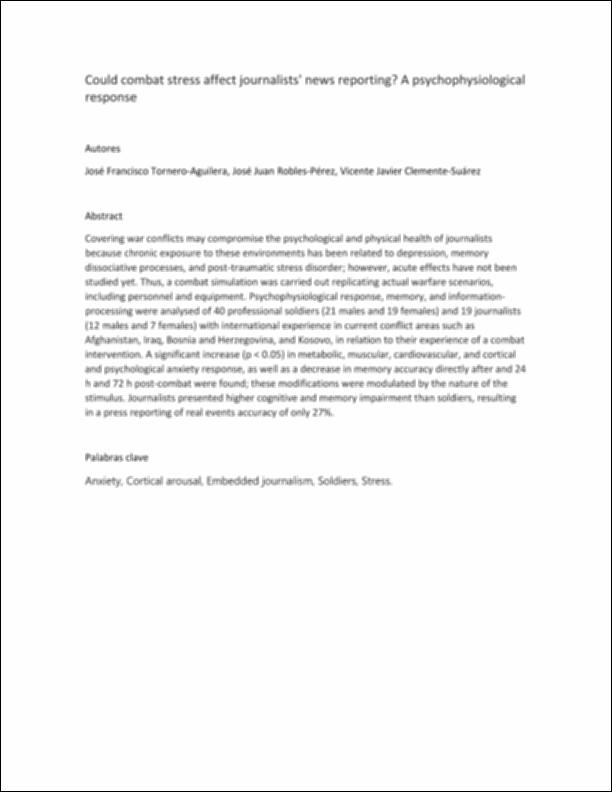 Covering war conflicts may compromise the psychological and physical health of journalists because chronic exposure to these environments has been related to depression, memory dissociative processes, and post-traumatic stress disorder; however, acute effects have not been studied yet. Thus, a combat simulation was carried out replicating actual warfare scenarios, including personnel and equipment. Psychophysiological response, memory, and information-processing were analysed of 40 professional soldiers (21 males and 19 females) and 19 journalists (12 males and 7 females) with international experience in current conflict areas such as Afghanistan, Iraq, Bosnia and Herzegovina, and Kosovo, in relation to their experience of a combat intervention. A significant increase (p < 0.05) in metabolic, muscular, cardiovascular, and cortical and psychological anxiety response, as well as a decrease in memory accuracy directly after and 24 h and 72 h post-combat were found; these modifications were modulated by the nature of the stimulus. Journalists presented higher cognitive and memory impairment than soldiers, resulting in a press reporting of real events accuracy of only 27%.
Collections