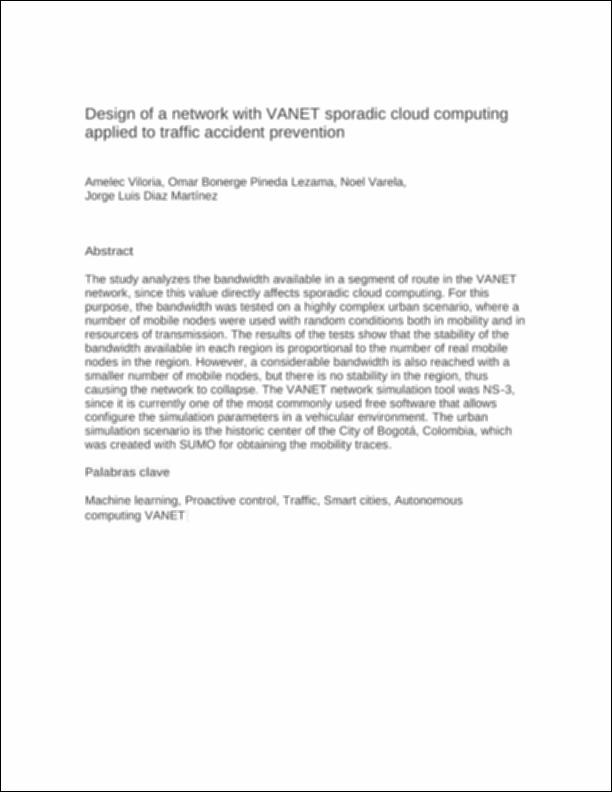 The study analyzes the bandwidth available in a segment of route in the VANET network, since this value directly affects sporadic cloud computing. For this purpose, the bandwidth was tested on a highly complex urban scenario, where a number of mobile nodes were used with random conditions both in mobility and in resources of transmission. The results of the tests show that the stability of the bandwidth available in each region is proportional to the number of real mobile nodes in the region. However, a considerable bandwidth is also reached with a smaller number of mobile nodes, but there is no stability in the region, thus causing the network to collapse. The VANET network simulation tool was NS-3, since it is currently one of the most commonly used free software that allows configure the simulation parameters in a vehicular environment. The urban simulation scenario is the historic center of the City of Bogotá, Colombia, which was created with SUMO for obtaining the mobility traces
Collections