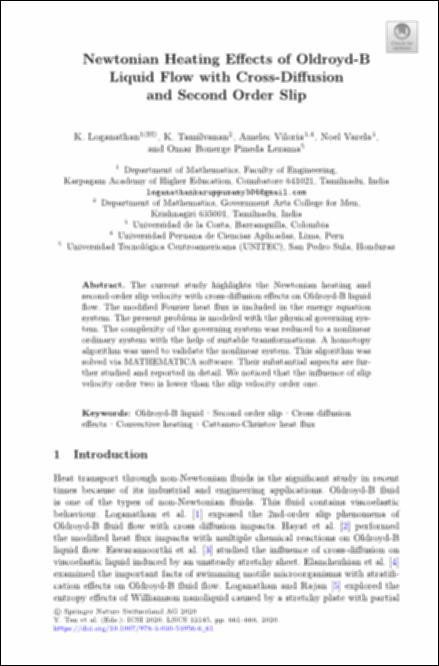 The current study highlights the Newtonian heating and second-order slip velocity with cross-diffusion effects on Oldroyd-B liquid flow. The modified Fourier heat flux is included in the energy equation system. The present problem is modeled with the physical governing system. The complexity of the governing system was reduced to a nonlinear ordinary system with the help of suitable transformations. A homotopy algorithm was used to validate the nonlinear system. This algorithm was solved via MATHEMATICA software. Their substantial aspects are further studied and reported in detail. We noticed that the influence of slip velocity order two is lower than the slip velocity order one.
Collections