Signals and linear systems: a novel approach based on infinitesimal calculus (Part I) 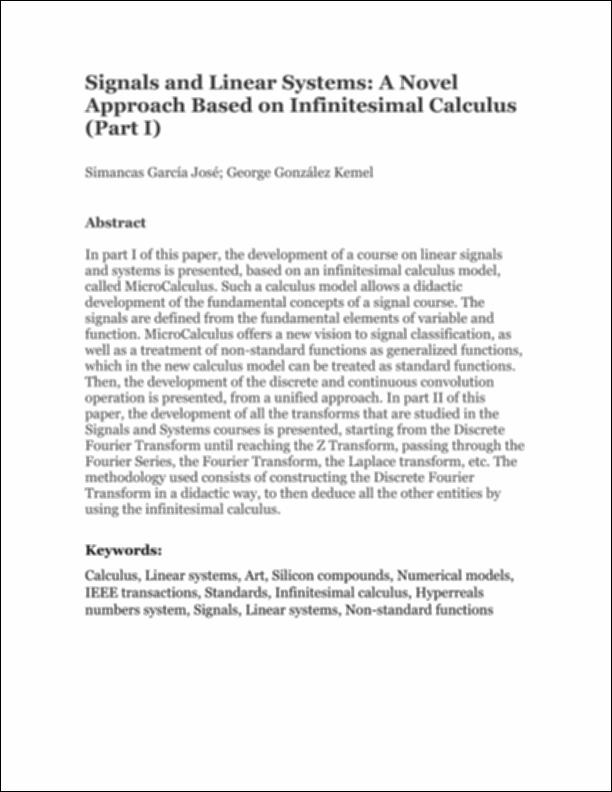 In part I of this paper, the development of a course on linear signals and systems is presented, based on an infinitesimal calculus model, called MicroCalculus. Such a calculus model allows a didactic development of the fundamental concepts of a signal course. The signals are defined from the fundamental elements of variable and function. MicroCalculus offers a new vision to signal classification, as well as a treatment of non-standard functions as generalized functions, which in the new calculus model can be treated as standard functions. Then, the development of the discrete and continuous convolution operation is presented, from a unified approach. In part II of this paper, the development of all the transforms that are studied in the Signals and Systems courses is presented, starting from the Discrete Fourier Transform until reaching the Z Transform, passing through the Fourier Series, the Fourier Transform, the Laplace transform, etc. The methodology used consists of constructing the Discrete Fourier Transform in a didactic way, to then deduce all the other entities by using the infinitesimal calculus.
Collections