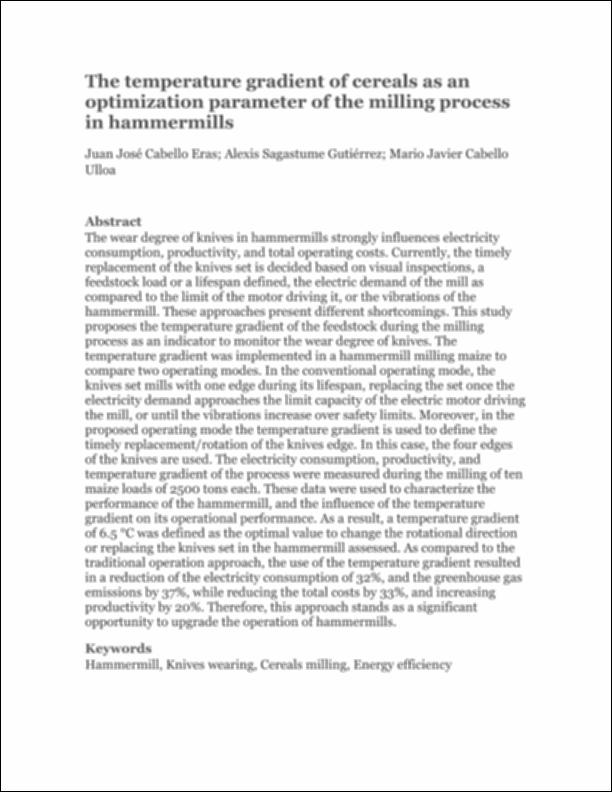 The temperature gradient of cereals as an optimization parameter of the milling process in hammermills.pdf (148.1Kb)
Author