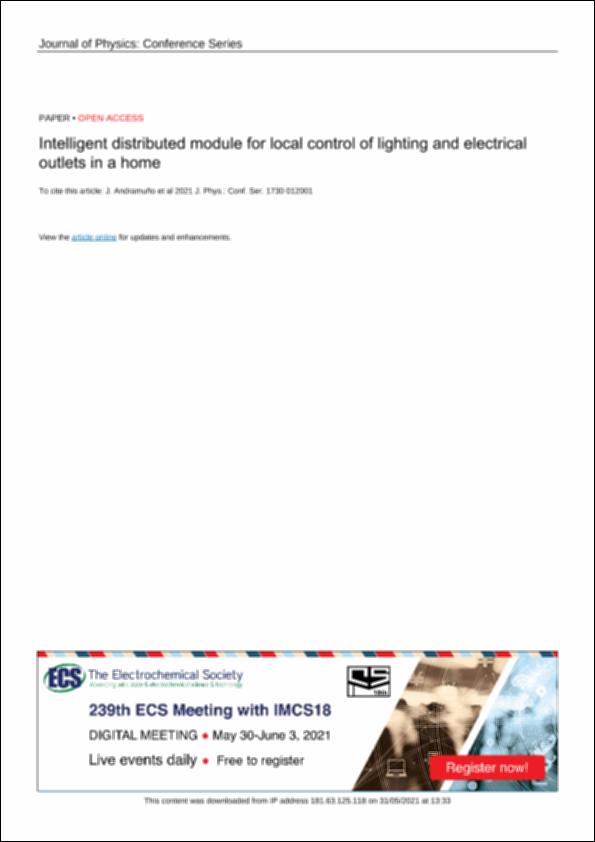 This article proposes a control of lighting and electrical loads, suitable for smart homes, using embedded systems with low-cost wireless communication modules. The system is based on a distributed intelligent home automation architecture, to work autonomously or interconnect wirelessly to a larger system. It has a set of sensors that allow you to ration the use of electricity through automatic switching off the lights or electrical devices, allowing the lighting to be regulated. It has several modules that communicate to a central node wirelessly, and an interface based on a mobile application. UML and Petri Nets were used for the projection, modelling and validation of the system, its implementation was developed in C/C ++ language for 32-bit microcontrollers. Tests of the prototype showed stable behavior, fast communications and sufficient coverage for a single-family house, whose performance is higher to other similar works found in the scientific community.
Collections