Budgetary impact analysis of preexposure prophylaxis (prep) strategy for the prevention of hiv in Colombia, 2019-2021 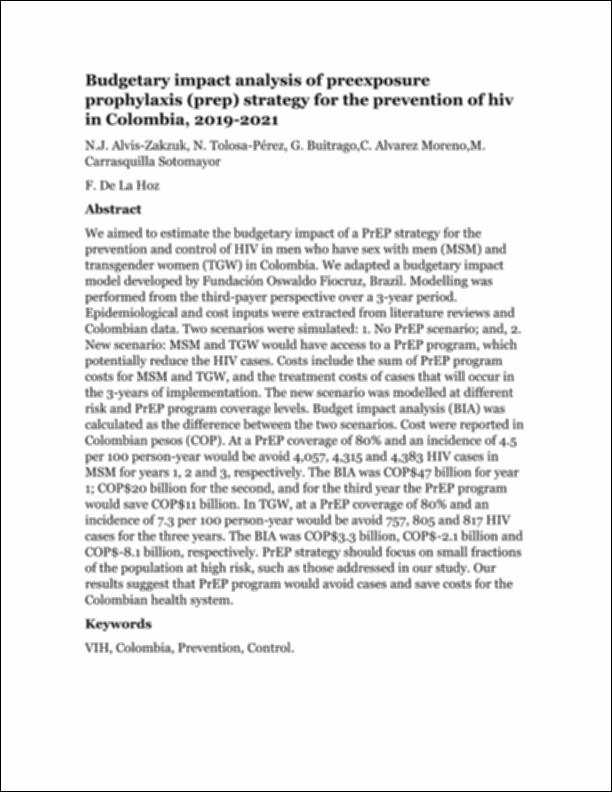