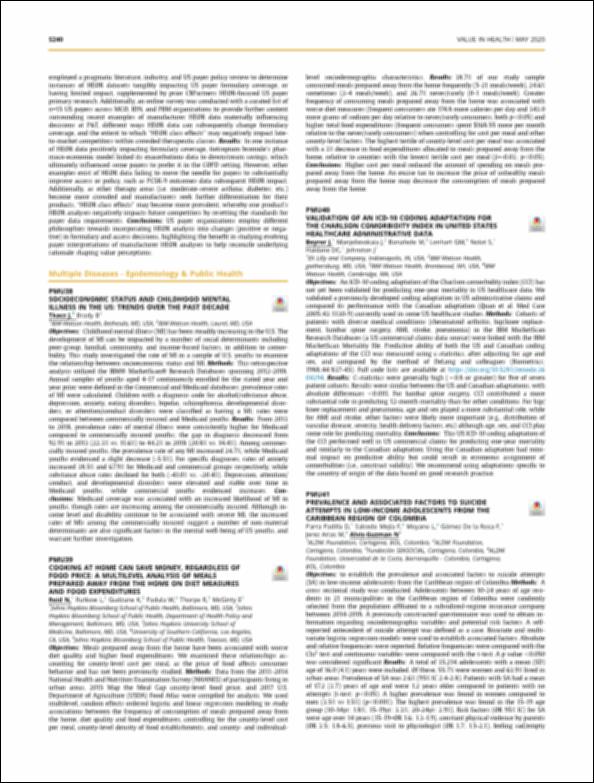 PREVALENCE AND ASSOCIATED FACTORS TO SUICIDE ATTEMPTS IN LOW-INCOME ADOLESCENTS FROM THE CARIBBEAN REGION OF COLOMBIA (645.5Kb)
Author

Objectives to establish the prevalence and associated factors to suicide attempts (SA) in low-income adolescents from the Caribbean region of Colombia Methods A cross sectional study was conducted. Adolescents between 10-24 years of age residents in 21 municipalities in the Caribbean region of Colombia were randomly selected from the population affiliated to a subsidized-regime insurance company between 2014-2018. A previously constructed questionnaire was used to obtain information regarding sociodemographic variables and potential risk factors. A self-reported antecedent of suicide attempt was defined as a case. Bivariate and multivariate logistic regression models were used to establish associated factors. Absolute and relative frequencies were reported. Relative frequencies were compared with the Chi2 test and continuous variables were compared with the t-test. A p value <0.050 was considered significant
Collections