Soft-computing approaches for rescheduling problems in a manufacturing industry 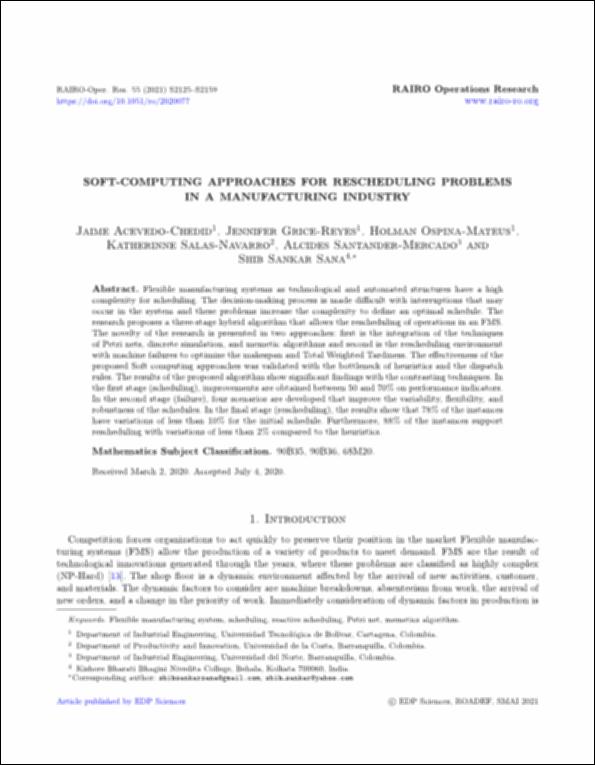 Flexible manufacturing systems as technological and automated structures have a high complexity for scheduling. The decision-making process is made difficult with interruptions that may occur in the system and these problems increase the complexity to define an optimal schedule. The research proposes a three-stage hybrid algorithm that allows the rescheduling of operations in an FMS. The novelty of the research is presented in two approaches: first is the integration of the techniques of Petri nets, discrete simulation, and memetic algorithms and second is the rescheduling environment with machine failures to optimize the makespan and Total Weighted Tardiness. The effectiveness of the proposed Soft computing approaches was validated with the bottleneck of heuristics and the dispatch rules. The results of the proposed algorithm show significant findings with the contrasting techniques. In the first stage (scheduling), improvements are obtained between 50 and 70% on performance indicators. In the second stage (failure), four scenarios are developed that improve the variability, flexibility, and robustness of the schedules. In the final stage (rescheduling), the results show that 78% of the instances have variations of less than 10% for the initial schedule. Furthermore, 88% of the instances support rescheduling with variations of less than 2% compared to the heuristics.
Collections