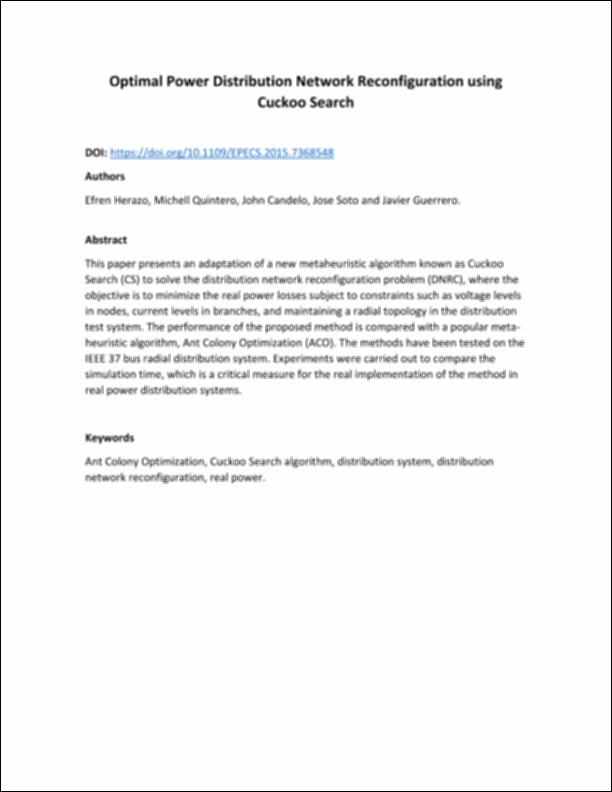 This paper presents an adaptation of a new metaheuristic algorithm known as Cuckoo Search (CS) to solve the distribution network reconfiguration problem (DNRC), where the objective is to minimize the real power losses subject to constraints such as voltage levels in nodes, current levels in branches, and maintaining a radial topology in the distribution test system. The performance of the proposed method is compared with a popular meta-heuristic algorithm, Ant Colony Optimization (ACO). The methods have been tested on the IEEE 37 bus radial distribution system. Experiments were carried out to compare the simulation time, which is a critical measure for the real implementation of the method in real power distribution systems.
Collections