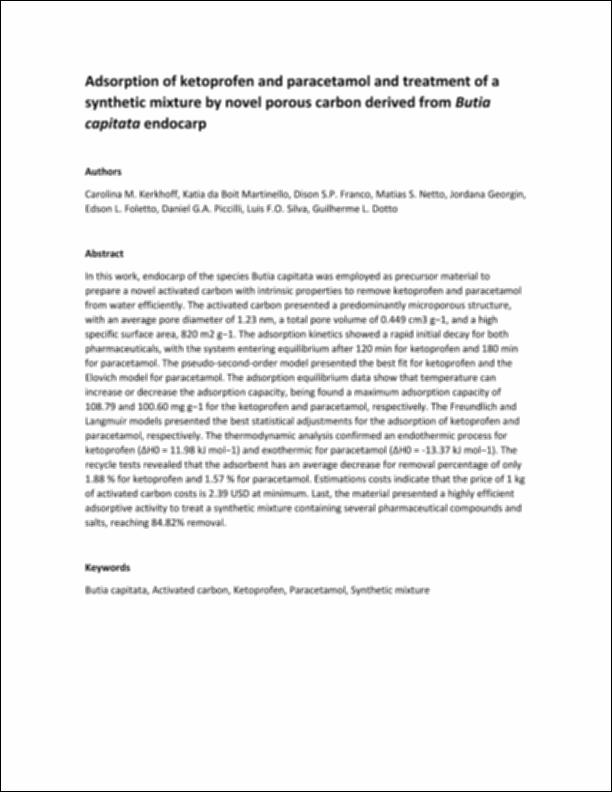 Adsorption of ketoprofen and paracetamol and treatment of a synthetic mixture by novel porous carbon derived from.pdf (128.4Kb)
Author