Marginal system of the Barranquilla's historical downtown: The public space as stage and refuge of social exclusion 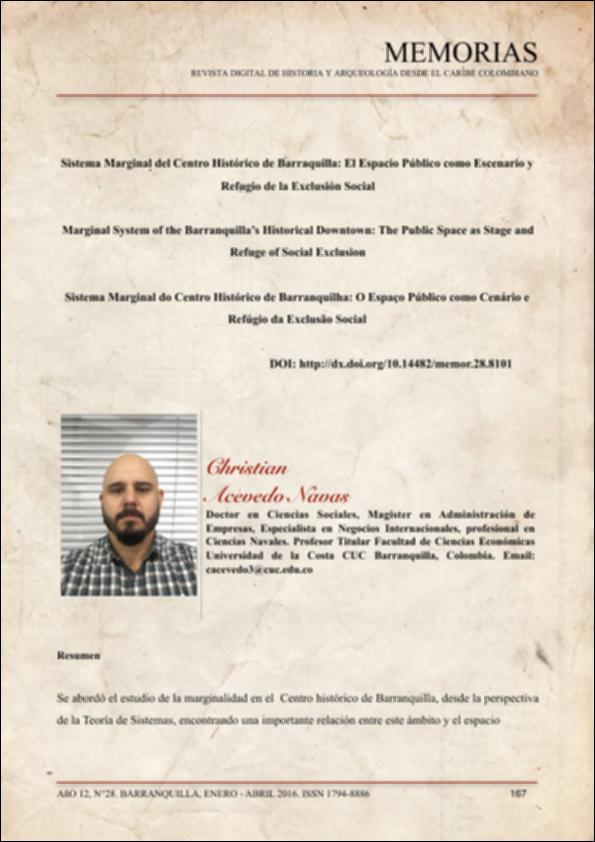 The findings related to the marginality of the Barranquilla's Downtown, according to the Systems Theory, are presented. The findings show and important relation between this ambit and the public space. The epistemological approach of the Grounded Theory and its main analysis mechanism, the Constant Comparative Method, was used, to approximate to reality in natural circumstances. Ethnographic instruments were developed, such as participant and non-participant observations, indepth interviews and photographs, referring to the culture in which the daily phenomena are developed. The following questions were solved: Why is the marginal scope a system? What are its constitutive elements? How are the relationships between these elements? How are the relationships between the elements of the Marginal System and the elements of other systems in Barranquilla's Historical Downtown? The obtained outcomes affirm that the marginal scope of Barranquilla's Historical Downtown is actually a system according to the Systems Theory.
Collections