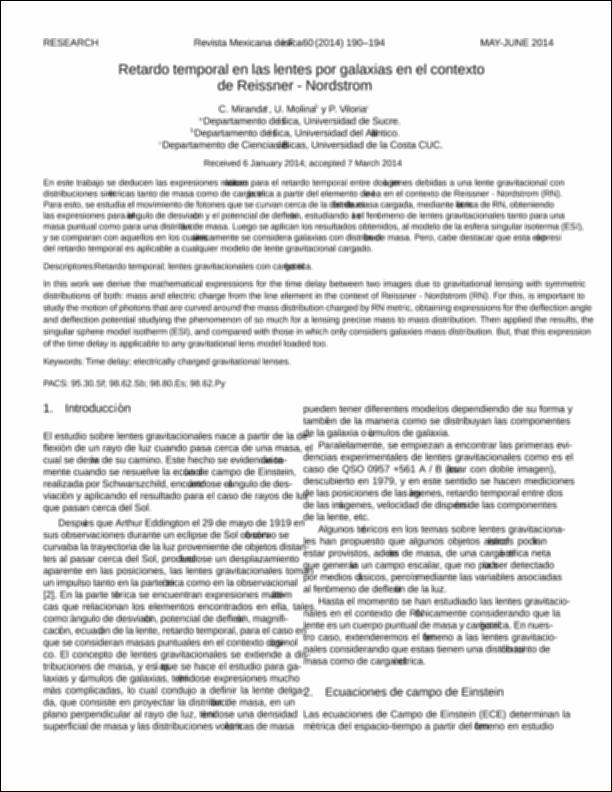 In this work we derive the mathematical expressions for the time delay between two images due to gravitational lensing with symmetric distributions of both: mass and electric charge from the line element in the context of Reissner-Nordstrom (RN). For this, is important to study the motion of photons that are curved around the mass distribution charged by RN metric, obtaining expressions for the deflection angle and deflection potential studying the phenomenon of so much for a lensing precise mass to mass distribution. Then applied the results, the singular sphere model isotherm (ESI), and compared with those in which only considers galaxies mass distribution. But, that this expression of the time delay is applicable to any gravitational lens model loaded too.
Collections