Measurement of nonlinear refractive index of organic materials by z-scan 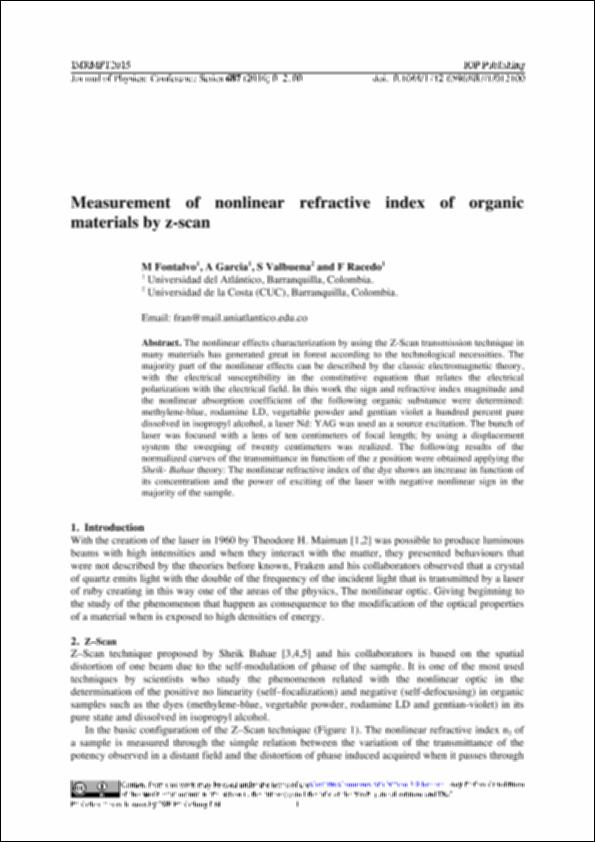 The nonlinear effects characterization by using the Z-Scan transmission technique in many materials has generated great in forest according to the technological necessities. The majority part of the nonlinear effects can be described by the classic electromagnetic theory, with the electrical susceptibility in the constitutive equation that relates the electrical polarization with the electrical field. In this work the sign and refractive index magnitude and the nonlinear absorption coefficient of the following organic substance were determined: methylene-blue, rodamine LD, vegetable powder and gentian violet a hundred percent pure dissolved in isopropyl alcohol, a laser Nd: YAG was used as a source excitation. The bunch of laser was focused with a lens of ten centimeters of focal length; by using a displacement system the sweeping of twenty centimeters was realized. The following results of the normalized curves of the transmittance in function of the z position were obtained applying the Sheik- Bahae theory: The nonlinear refractive index of the dye shows an increase in function of its concentration and the power of exciting of the laser with negative nonlinear sign in the majority of the sample.
Collections